He is the Dan Brown of India. Using history, myths and imagination, Ashwin Sanghi has churned out successful thrillers. All of his three novels, The Rozabal Line, Chanakya’s Chant and The Krishna Key have reigned the best seller lists. His latest novel, Private India was written along with James Patterson, the world’s richest author. The novel made to the New York Times Best seller list. He has also made his foray into non-fiction with 13 Steps to Bloody Good Luck.

A Yale graduate turned writer, Ashwin Sanghi talks to Woodpie about his plunge into writing, his research methods, next book, his mantra and he also recommends books, in this interview: 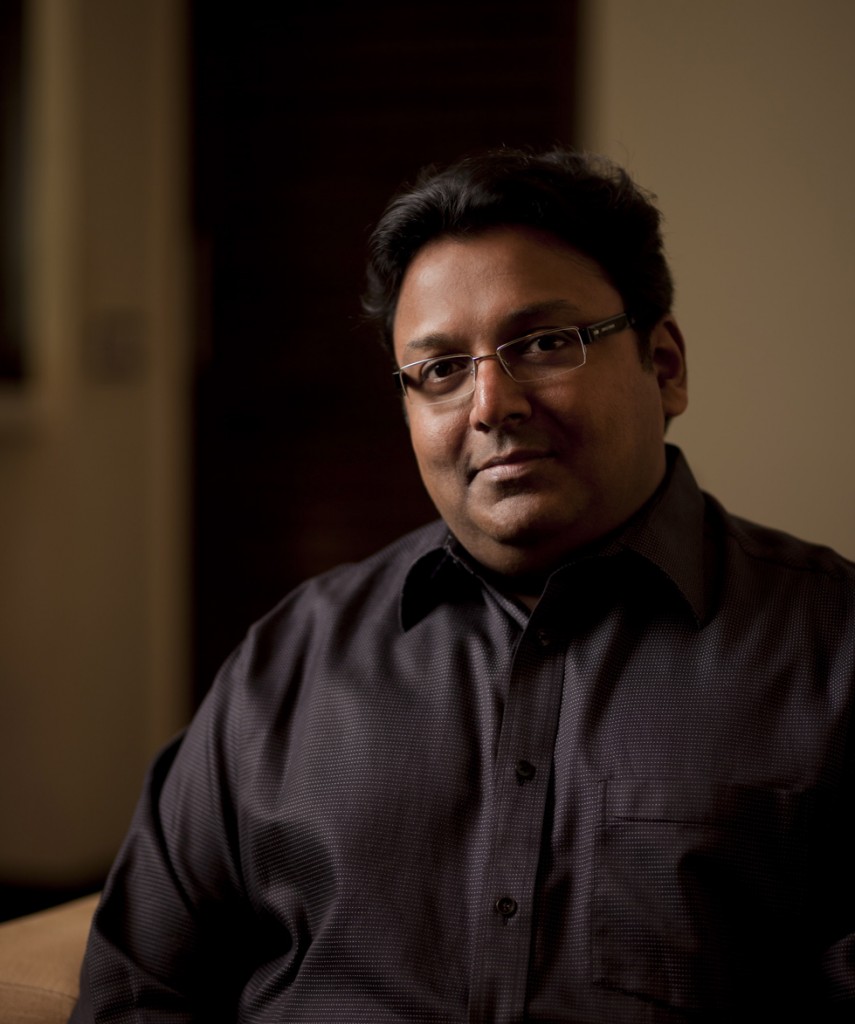 You are a businessman. What made you take up writing?

My granduncle was a voracious reader and would send me a book each week to read. This tradition started when I was just 13. At the end of the week, I had to send him a letter outlining what I liked or disliked about it with reasons. By the time I was in my twenties, reading was an integral part of my life. I didn’t know it then but probably that process was building a foundation for my future writing. Almost ten years after joining business full time, I visited Srinagar. The town has a tomb in the old quarter dating back to 112 AD. There are two bodies buried there, one from the fourteenth century—an Islamic burial in North-South direction; the other of much greater antiquity, buried in Jewish tradition of East-West. The popular folklore surrounding the tomb was that Jesus had survived the crucifixion, travelled to India and lay buried there. I was utterly fascinated by this incredible story and spent the next eighteen months reading everything about the subject that I could lay my hands on. Even while I was reading I had no idea that it would evolve into a book. At the end of this hectic research period I had mountains of information swimming inside my head and my wife suggested that I pen it down. I didn’t know it then, but my journey into the world of writing had begun.

What is the kind of research that you put in while writing a book? How long does it take for you to write a book?

It depends on the subject. For my first novel, The Rozabal Line, most of the original research had already been done via previously written works. I simply spent a year reading through fifty or more of them while identifying which facts I would use to construct my fictional premise. I did, however, take out some time to visit Srinagar and also to speak to a few key people who were intimately aware of the subject matter. With my second novel, Chanakya’s Chant, I spent most of my time reading the Arthashastra—Chanakya’s seminal work—and an English translation of the Mudrarakshasa—a Sanskrit play based upon the life of Chanakya and written by Vishakhadatta in the late 4th century. For The Krishna Key, the research was far more extensive because it involved a parallel enquiry into the Mahabharata, the Harivamsha, as well as legends surrounding key geographical markers in Krishna’s life story. As a thumb rule, for every day that I write, I spend two days on research… that’s probably the reason that I take two years over a typical book.

What is your next book about? When can we expect it?

My next book is called Sialkot Saga. It is a historical thriller that deals with the trials and tribulations of business in India and I hope to publish it by early 2016.

What things do you think are essential for a book to be successful?

I wish there was a formula to write bestsellers. That doesn’t exist. The formula is that there isn’t a formula. Broadly though, I believe that in the world of commercial fiction, the story should be paramount. The story should take precedence over words. I have always thought of myself as a storyteller rather than a writer. I think that helps.

Recommend three books to your readers.

Autobiography of a Yogi by Paramahansa Yogananda; Mahabharata Retold by C. Rajagopalachari; The Rubaiyat of Omar Khayyam as translated by Edward FitzGerald; Freedom at Midnight by Dominique Lapierre and Larry Collins… oops, you asked for only three.

Ashwin Sanghi will be in conversation with Anindita Ghose, on Writing Time: History, Myth and Modernity, on August 21, at Mountain Echoes 2015, to be held at Thimpu, Bhutan.