Ashok Banker—whose first sci-fi novel is just out—has few kind words for popular Indian English writing, whatever the genre. He explains why he is so disappointed.

Ashok Banker keeps producing bestsellers at such a steady pace that some people suspect he is, in reality, an organisation. Among the few Indian English authors who were writing popular fiction long before it became fashionable or lucrative, Banker is now known for his retelling of mythological stories. But that’s just one of the many genres he has published in. His work ranges from crime thrillers to literary criticism. He has now come up with a science fiction book, Vorpal Shockwave, which he says he thought up as a teenager. Excerpts from an email interview: 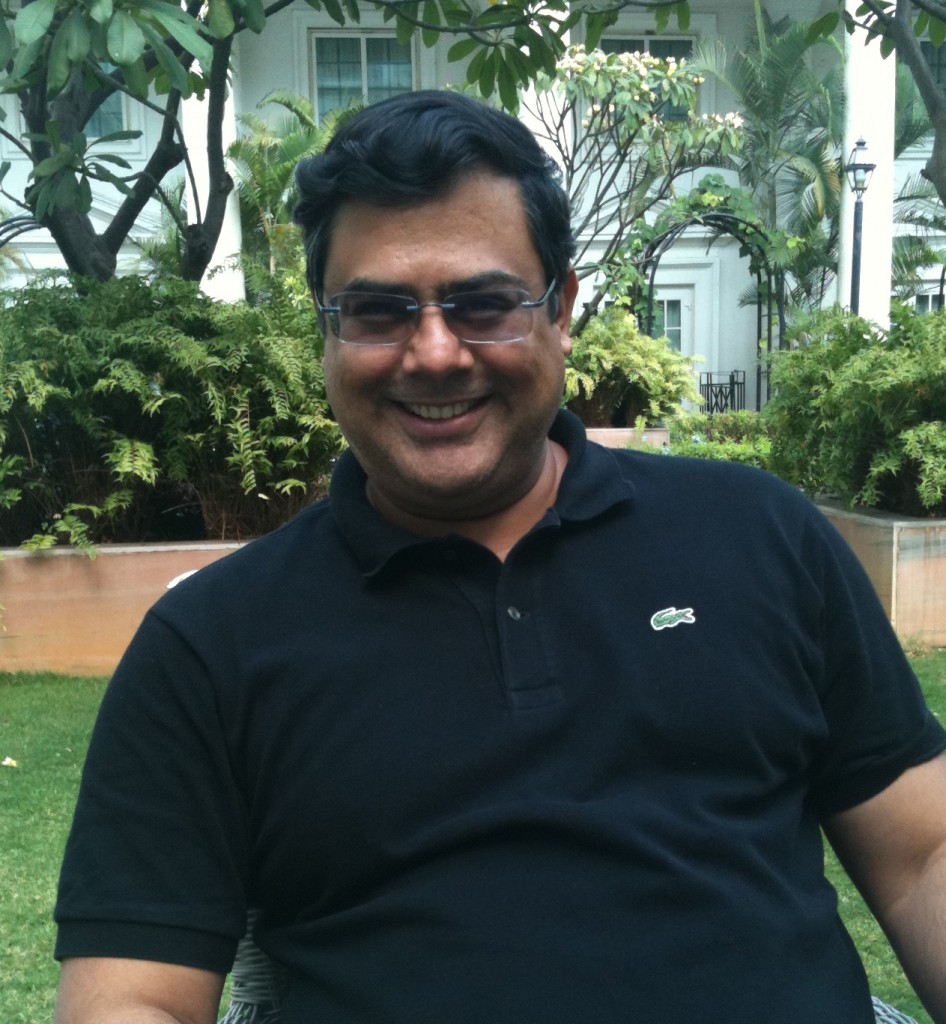 Why the foray into science fiction?

I’ve been writing speculative fiction for most of my life, since I finished my first SF novel trilogy at age 15. That was in 1979. I’ve published a few SF, fantasy and horror stories internationally since then, been nominated for several genre awards, won a few, been translated into several languages. It’s only in India that my work has been labelled as mythology or in some chain bookstores, Religion and Spirituality (which is absurd, since it’s clearly fictionalised, but chain bookstores live in their own alternative universe!). So it’s really a question of applying labels rather than switching genres.

Do you think Indian readers are open to science-fiction?

Anyone familiar with our ancient Indian epics knows that we have more exciting ideas, technology and fantastical scenarios than any dozen sci-fi novels. I think the Indian mind associates these tropes and devices with the ancient past, as part of reality then. Many people believe even today that we possessed great technological knowledge and that somehow that knowledge was lost or misplaced. Whereas the sci-fi genre is based on the assumption that we are not sufficiently advanced and that’s why it looks to the future where sci-fi writers posit such sophisticated technology. To us in India, that’s ancient history! So yes, I think that’s why the Indian mind doesn’t readily accept sci-fi as a genre itself. Though I have no issues if Vortal Shockwave becomes a runaway bestseller!

What do you think of sci-fi written in India?

There is no sci-fi written in India. At least not Indian sci-fi. There are many who attempt to imitate, or aspire to write sci-fi. But it’s sadly derivative, self-consciously literary, and mostly quite mediocre. I don’t claim to be better: in fact, I don’t claim to be writing sci-fi at all. To me, science is only one possible explanation for events and phenomena. There is always a character in my sci-fi stories or books who insists that there is nothing scientific about what’s happening, it’s all supernatural. To me personally, the journey of the characters is more important than the ideas. In Vortal Shockwave, there is science involved, but the characters and what they go through is more important than the sci-fi elements.

How was the idea of Vortal Shockwave born?

It was a story that came to me in my mid-teens, about an Indian family separated across multiple parallel worlds. Again, not an idea, but a story. I lived with the story for almost twenty five years before finally starting it in 1999 and completing it almost ten years later. This edition is a further revision, thanks to some very perceptive changes suggested by Sayoni Basu at my publisher Duckbill. So I can honestly say that this book took me over thirty five years to write! 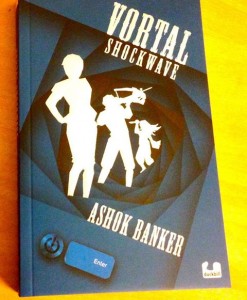 Do you think of the new crop of best-selling mythological fiction is distorting the epics?

Of course, they are. That’s the attraction, apparently. To me, as someone who grew up without awareness or knowledge of Hindu culture, mythology or religion, it was the original stories that were so attractive. That’s why even in the most fantastical portions of my Ramayana Series I stick firmly to the path of Valmiki in plot, character and dharmic substance. But the books that are selling in lakhs are the ones that ignore our puranas completely and make up their own fantasy versions of our past. I guess for Hindus or Indians in general who have grown up with these ancient stories, it must be refreshing to see such different versions. I personally prefer to read the original Valmiki Ramayana in Sanskrit, which has such beautiful language and so much detail that most people don’t know about even today. But then again, I’m not a reader of mythology bestsellers, just coincidentally, the author of a few!

Has your non-Hindu background ever come in the way of your retelling of Hindu mythology?

Many people mistakenly assume from my surname that I’m a Parsi (I’m not, the ‘Banker’ surname is a Gujarati name and the only Hindu heritage I have) or that I’m Christian or some other religion. I’m of Dutch-Scots- Irish-Sri Lankan-Goan-Gujarati parentage! That’s confusing enough, but to compound it, I don’t follow any religion—I am not even the least bit spiritual—and my mothertongue is literally English. To most people, this is confusing. As for being hindered, most Indian publishers assume that only a ‘Hindumentalist’ would be writing Hindu epics—which is true of some other authors of mythology, no doubt. So ironically, some socalled liberal editors and publishers refused to even read my work because they felt it was ‘Hindu.’ Strange, isn’t it?

You have written crime thrillers as well. What do you think of the quality of Indian writing in this genre, of which there seems to be a flood?

It’s similar to all genre writing in the country: derivative. We have yet to see either homegrown stories that draw from the local milieu or highly original stylistic works. There’s a lot of pseudo-artsy stuff like the Mumbai Noir anthology stories by Akashic, which completely bypasses the entire country and restricts itself to a handful of pretentious writers writing for each other. But there are several good writers who are working in the genre who are doing honest good work, and every single one of them just happens to be female. So that’s highly encouraging.

What do you enjoy writing the most— mythology, crime or sci-fi?

Oh, that’s an easy one. Humour is my favorite genre. Romance is a close second. I am not a mythology buff, as I said earlier. I do read a lot of crime fiction and enjoy writing it too. But, to me, a story has to be suspenseful, funny and have an element of sexual tension to keep me fully engaged as an author and I guess romantic comedy would be that genre. Vortal Shockwave actually manages to use some of those elements in a juvenile thrillerish way that was really fun to write!

What is the idea behind your e-book project?

Simple. Making available all the books I’ve written, which are taking years to get published in print or not getting published in print at all. It’s also meant for readers who find it hard or impossible to get a copy of one of my books. But mostly it’s meant for those who really enjoy my work enough to want to read everything I write.

By putting up your works as e-books even before finding a publisher, are you not killing the market for your physical books?

I think Paulo Coelho killed that myth long ago: he was a struggling author unable to sell more than a few tens of thousands of copies and no western publisher wanted to publish him. So he pirated his own work, set up a website of his own just to get readers to try his writing. Within a few years, his sales had jumped to hundreds of thousands, and then millions. There was no looking back for him. Books are not movies which get pirated and affect boxoffice sales on the first weekend. The problem with books, as author Cory Doctorow put so well, is that we need more people to read them, not less.