To write India’s first composite novel, 14 authors came together from different parts of the globe. They never met, 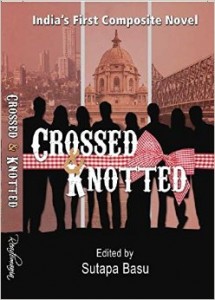 but connected with each other through technology. They argued on calls, frowned on Skype, smirked through emails and shrugged on messages. They wrote a story each connecting it to what the others had written. All 14 stories were then woven in together to create Crossed & Knotted, a composite novel.

Pleased with their creations the 14 returned to their worlds. Then they came back again. This time, to blog for Woodpie.

Read the authors’ experiences of writing Crossed & Knotted in their own words. 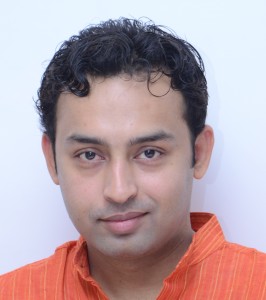 Think of innovation, think of creativity, and mix them! What you get is a completely new idea, one like our Crossed & Knotted. It all began with intent to create something new, a medley of genres, writing styles and concepts. What came out was a crazy project to select the best authors through an online contest on Readomania, get them all to come together and write a story each, linked to what their predecessor wrote and finally, edit the project to make it look seamless. Well, neither that simple nor that easy…Try giving a plot to an author to write and see what they come up with; try connecting what 14 authors write…see what the editor comes up with…could be boulders, that they throw at the one who came up with the concept! 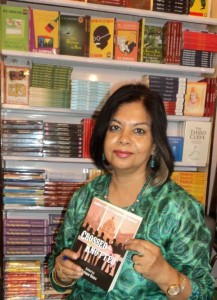 Editing Crossed & Knotted was like sewing a patchwork quilt. Varied colourful patches of fabric had to retain their individual patterns very discernible from each other. Yet each patch had to fit into the others so seamlessly that the harmony created by disharmony became clearly visible. It was interesting how we kept the timeline taut across the novel. At one point we realized that the novel was ending in the 2020s. So we had to pull the timeline the other way. The initial story began in 1980s and the first thing we did was to throw away the cell phones! 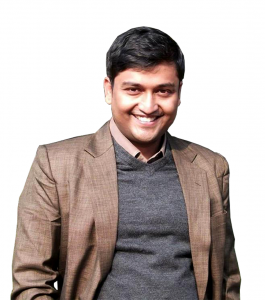 The first story was a thriller. I felt it must be followed by one. But there was a problem – I had never written a thriller before! But I took it up as a challenge and came up with a supernatural thriller with multiple interpretations for the readers, blissfully forgetting that the readers here were also authors. One of them reinterpreted my story in a way I initially hated! They were my characters… I felt possessive about them and hated the way they were turning into. But then I realized to let go and that’s how I enjoyed the flow! 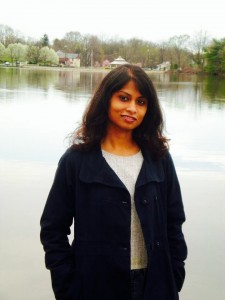 The stories of my predecessors were so gripping I couldn’t think of a plot to match their standards. Finally I did come up with an interesting enough plot, and after writing the story I wanted hubby to proofread it ( must add he was aware of my predecessors’ stories, so wanted his opinion on whether as a reader he could feel the connect ). His feedback- so the first story had 1 death, the second has 1.5 and you follow suit by increasing the number. Here I was attempting something different, and the only thing my first reader notices is the number of dead! 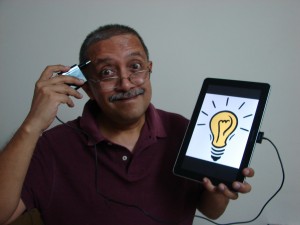 I remember it was around Dushera that I submitted my story… the entire week had been full of writing assignments, press meets, launches, and deadlines and I was too tired to even think of sitting down to write a story that long. And to top it all, we were travelling to my hometown. It was in Jhansi and not in Delhi that I sensed the urgency of completing my story and I sat through the night, writing, researching facts, adding sentences, researching nuances, touching up… and thus I ended up writing a story that most loved and a few ‘hated’. 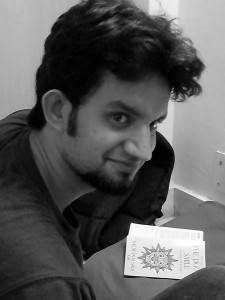 Writing a story is like inventing a new recipe. What made this particular occasion more difficult, was that you were given a set of ingredients and expected to cook with it. That, at least, was how the entire exercise of writing a story for the Crossed n Knotted anthology was for me. But, like a joyous experience of whipping up a delicacy, except the occasional bump, once I got to it. The result was ‘A Burning Candle’ – a small serving in a heady buffet of an amazing variety of fictional creations. 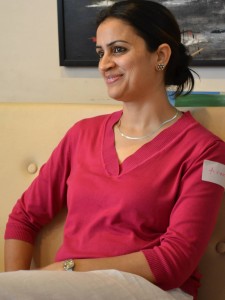 Poor me, couldn’t think,
My story, sure shall sink

Read, read and only read
All stories, until eyes went red

Half my time went thinking by
Sudip Roy, that naïve guy

How can I make him happy again?
What should I write to erase his pain?

Now, I hoped to get my clue
Pick my piece, stitch it too

Life stuck in web, with a glint
I still could not find any hint

What I picked was already ticked
High n dry, no idea clicked

A tiny piece, once written
Reader might get smitten

Connected the plots, characters and story
Something to present, definitely and surely

Editors were left with the herculean task
Had they not polished, how would I bask

There begins a new journey
Bunch of 14 friends – bright and funny. 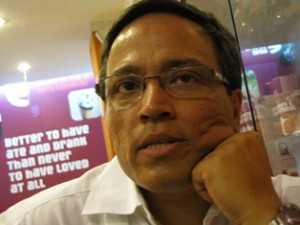 My engagement was unique as I was required to write a link story between two! So unlike many of the other authors who could waylay, kill, transform etc the earlier character or link, I had to start with a small girl in Afghanistan and end up with a grown up version in India. The feeling when I started was similar to what those who initiated the Sada-e-Sarhad (Call of the frontier) bus service between Delhi and Lahore I guess! Required a Leap of Faith which is what my story was titled. 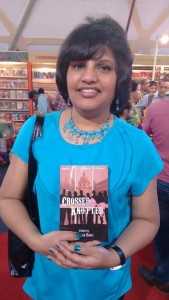 Congratulations, You are one of the 12 selected for SSCP!” (sounded more like Short/Secret Service Commission for Police rather than Short Story Cycle Project), read the email from Readomania. Scary reality sunk in, after few earthquake inducing cartwheels. Author-Queuing, Agenda-Ahead, Word and time limits were already preset. A quick scanning of the queue, showed I was down the list. Hence there was no tearing hurry to singe my brains. First story was an ace followed by trail blazers. I woke up soon enough and smelt coffee. I stayed afloat barely, managing to spin my longest yarn!
Shaken..Stirred..Crossed..Knotted..Tale Served!! 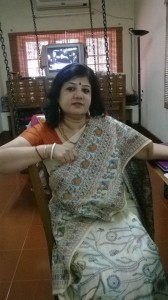 Crossed & Knotted was a whole new experience, where we were like proverbial school children. Dipankar played the role of the genial headmaster to perfection, urging us to submit our assignments on time, a tricky situation as each assignment depended on the one before. Sutapa, the head girl, started off with a bang, with a tremendous story that made us rack our brains.

The journey began, with a diary, pruned down by the Three Fates. Certain stories built up characters, others killed them right away. Characters raced across exotic locales, jumping headlong into crime, romance, drama and satire. What emerged was a potpourri that warmed the cockles of our hearts!

Amrit Sinha, author, For a Speck of a Moment 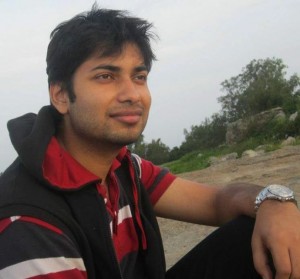 Having finished my debut novel (which had taken me a few light years), I wanted a break from the mundane. Multiple ideas crossed my mind- travel, paragliding, scuba-diving, weed, joining AamAadmi Party- not-intrigued, I crossed them all!
I wanted sinful indulgence and Facebook stood Altius. Thank God for that.
My then Facebook friend Ayan, talked of this unique idea Readomania was coming up with. I would have to write a short story & would get credit for a full blown novel!
An audition, and a dead fictional character later, I am the author of India’s very first composite novel. Like a line in a sonnet, I am one of the 14!
Ayan remains a Facebook friend. 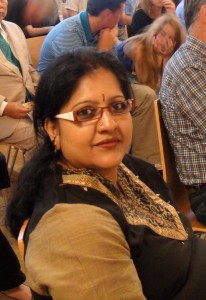 When I read Sutaps’s story, the character of Sudip- his innocence immediately struck me and his travails appealed a lot to me. I wanted to build my story on him and was praying that the others would not take him up. And my fears only increased as my turn would come much later. I wanted Sudip to have a second chance in life, I really wanted him to be happy that was when I conceived Meena- the child woman who gives him a sense of purpose and a raison d’etre to live.”

C&K was envisioned as a cavalcade of twelve authors who would ‘merry-go-round’, ensconced between two commandos (editors), and under the omnipresent security of the publisher.
The commando, up front, dealt a trail blazing story that near-scorched those in her wake. To save their genres from being singed, all authors went into an overdrive and innovated as never before! The result created hilarious ripples all along the cavalcade; some actually straying off, some leading up the wrong alley and some meandering back somehow. The rear-guard, under peer-pressure, in a cinematic climax, stretched herself both ways to complete the merry ride.