The Oscars are round the corner. The best part is that this year, out of the nine films nominated for the Best Picture, five are based on books. Isn’t it great?
Argo: It is based on the book, Argo: How the CIA and Hollywood Pulled Off the Most Audacious Rescue in History by Antonio Mendez and Matt Baglio. 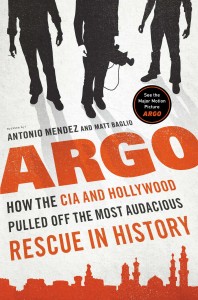 This is a true story of CIA operative Tony Mendez’s daring rescue of American hostages from Iran. On November 4, 1979, Iranian militants stormed the American embassy in Tehran and held dozens of Americans hostages. Of these six Americans escaped. Behind this escape was Antonio Mendex, a CIA officer.
Mendex travelled to Tehran disguising himself as a Hollywood producer scouting for a fake science fiction film called Argo. While pretending to find the perfect film backgrounds, Mendez and a colleague contact the six hostages and smuggle them out of Iran. 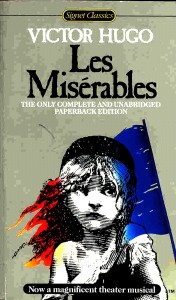 The story revolves around Jean Valjean, an escaped convict determined to put his criminal past behind. But he finds that it was not so easy. Owing to a mistaken identity, another man is arrested in his place. Valjean’s conscience pricks him. He cannot turn himself in because he has promised to protect the baby daughter of Fantine, who is driven to prostitution by poverty. The novel is a compassionate view of the victims of early 19th century France.

Li of Pi by Yann Martel 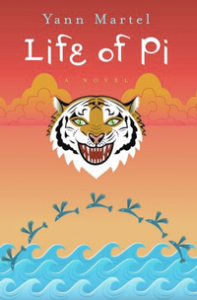 Sixteen year old Pi Patel’s family migrates to Canada from India onboard a Japanese ship along with ther zoo animals. The ship sinks and Pi finds himself on a boat with Richard Parker, a Bengal tiger. After being lost at sea for 227 days, when they finally reach the coast of Mexico, Richard Parker flees to the jungle.
The Japanese authorities, who interrogate Pi, refuse to believe his story. After being pressed for “truth” Pi narrates a second story which is less fantastical, but conventional.

Lincoln based on the Team of Rivals: The Political Genius of Abraham Lincoln by Doris Kearns Goodwin 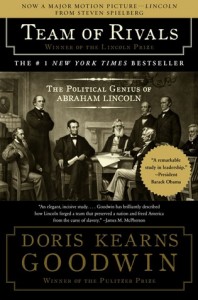 Historian Doris Kearns Goodwin writes about the rise of Abraham Lincoln from being an obscure prairie lawyer to congressman and President.
Lincoln rose above all more accomplised rivals because he put men before himself. He also succeeds in bringing his disgruntled opponents together and creates an unusual history. 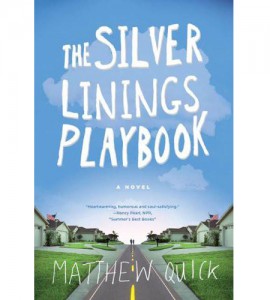 The hero Pat has a theory that his life is a movie produced by God. He believes that his God given mission is to become physically fit and emotionally literate. On completing his mission, God will give him a happy ending- the return of his estranged wife, Nikki.

Films based on books that are nominated for other categories:

Anna Karenina by Leo Tolstoy
Snow White and the Huntsman and Mirror, Mirror both based on Snow White by the Borthers Grimm
The Hobbit: An Unexpected Journey based on The Hobbit by JRR Tolkien
Skyfall based on Ian Fleming’s James Bond