On Women’s Day, Woodpie salutes all women writers. It is not just their writings that influence us, but also their exemplary lives.
This year, we contemplate on the remarkable life of George Eliot. She continues to be an inspiration to women from all ages. In the Victorian era, when women were expected to play strict traditional roles, she dared to defy societal norms. Ridiculed for being not good looking and having a live-in relationship, she didn’t bog down. Instead, she proved her mettle. 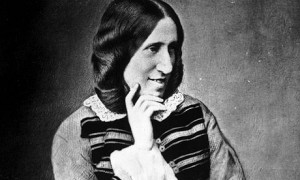 Her name
Her real name was Mary Anne Evans and was born on November 22 1819. During the time, female authors were not taken seriously. The general belief was that women could only write romances.
Evans changed this belief. She wrote realistic novels with an intellectual and philosophical bent. But she used the pen name George Eliot. She wanted readers to think that the author was a man, so that they could take her work seriously. This ploy surely did work. She is now remembered as one of the greatest English writers. 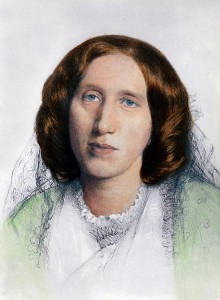 She was not considered physically beautiful. Her parents thought she had no chances of marriage. So, her father invested in her education, which he wouldn’t have done otherwise. The young Eliot was intelligent and a voracious reader.

Eliot had to discontinue her education after the age of 16. Luckily for her, she had access to the library in Arbury Hall estate where her father worked. This reading helped her in self educating herself.

Her questioning of faith
Eliot’s wide reading made her a progressive thinker and she questioned the veracity of the Bible. Her father threatened to throw her out of the house. Wanting not to hurt him, she attended church until his death. Eliot was 30, when she went to Switzerland with her free-thinking friends.

A live-in relationship attracts raised eye brows even now. At Eliot’s time it was something that brought social ostracism.
Eliot had the courage to fall in love with a married man. She met philosopher and critic George Henry Lewes in 1851 and by 1854 they had decided to live together. Lewes was married to Agnes Jervis, and the couple had agreed to an open marriage. Due to legal complications, he couldn’t divorce her.
Eliot and Lewes did not feel the need for any legal binding and considered themselves married. They travelled to Germany on research which also served as a honeymoon. Though not married, Eliot called herself Marian Evans Lewes and referred to Lewes as her husband.
The open admission of their relationship created a scandal, and Eliot was often looked down upon. People did not invite her for functions and taunted her. Her brothers too disowned her. But she stood her ground to lead life on her terms. 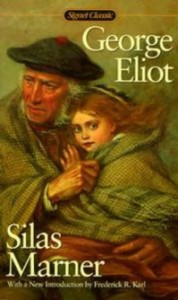 While working as the assistant editor of Westminister Review, she resolved to be a novelist. In 1858, when she was 39 she first novel Adam Bede was published. Because of her pen name George Eliot, people thought that it might have been written by a man. Speculations rose on the identity of the real author. Eliot had to come out in the open. Her fans were shocked to know about her personal life, but they continued to admire her writing.

Her next novel was The Mill on the Floss. Though not married, she inscribed these words on the manuscript: “To my beloved husband, George Henry Lewes, I give this MS. of my third book, written in the sixth year of our life together, at Holly Lodge, South Field, Wandsworth, and finished 21 March 1860.” Lewes constant support helped her write fiction and fight self-doubt.
She then went on to write classics including Silas Marner, Middlemarch and Daniel Deronda.
Lewes’ health deteriorated and he died in 1878. Eliot spent the next two years editing Lewes’s final work Life and Mind. But, she did not write any novel after his death.

Eliot was caught in another controversy when she married a man who was 20 years younger to her. She married John Cross, a Scottish commission agent in May 1880. 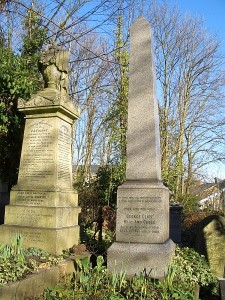 Eliot’s kidney disease worsened and she died six months after the marriage on 22 December 1880. She was 61.
Unlike most poets and writers, Eliot was not buried in Westminster Abbey. The reason given was her denial of the Christian faith and her life with Lewes. Instead, she was buried at Highgate Cemeteary in London, reserved for religious dissenters and agnostics. She was laid beside Lewes.

As a mark of tribute to strong woman, let’s read her work.