Fairy tales are considered to be for kids. So we expect them to be innocent stories with happy endings. But the original tales are nothing like it. 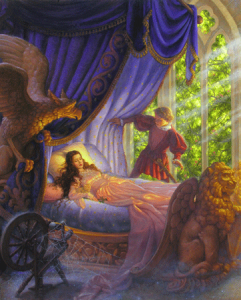 Popular Version: A princess pricks her finger on a spindle and is put to sleep. She sleeps for a hundred years, when a prince arrives, kisses her and wakes her up. They fall in love and marry to live happily ever after.

Original story: The young woman falls asleep because of a prophesy. A king sees her sleeping and rapes her. After nine months, while she is still asleep she gives birth to two children. One of the babies suckles on to her fingers and she wakes her up. 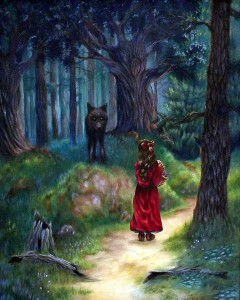 Popular version: Red Riding Hood is saved by a woodsman who kills the wicked wolf.
Original story: In the French version written by Charles Perrault, the wolf gives wrong directions to Red Riding Hood when she asks the way to her grandmother’s house. She follows the wolf’s advice. The wolf then kills her and eats her. 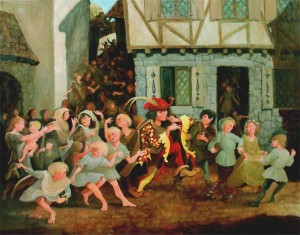 Original story: The piper drowns the children too in the river like the way he drowns the rats.

The Girl Without Hands 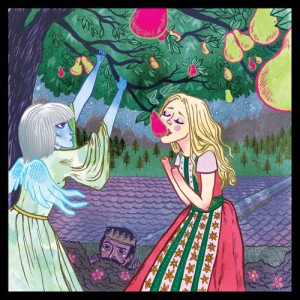 Popular version: A devil offers wealth to a poor man in return of whatever is standing behind his mill. The man agrees thinking it is an apple tree, but it turns out to be his daughter. The devil tries to take the daughter but cannot since she is pure. He instead asks her to allow her father to cut her hands. She agrees and loses her hands.
Original story: The young girl gets her hands chopped to make herself ugly. She does this to protect herself from her brother who is trying to rape her. In some older versions, the father cuts her hands because she refuses to have sex with him. 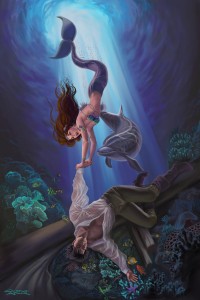 Popular Version: Ariel the little mermaid is changed into a human and she marries the prince.
Original story: In the story written by Hans Christian Andersen, the mermaid sees the prince marry a princess and commits suicide. The heartbroken mermaid is offered a knife to stab the prince. Instead, she jumps into sea and turns into froth.