James Bond is back on screens. The latest 007 movie Skyfall has hit theatres. This only proves that the popularity of the British secret agent Bond has been growing. While most of us think Bond was created for movies, we are wrong.

The creator of Bond is novelist Ian Fleming, who wrote the James Bond spy novels in the 1950s. His books have been adapted into successful box office hits. 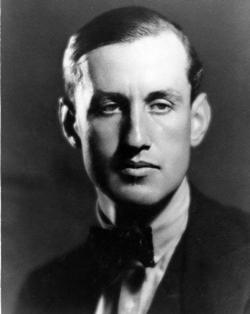 Fleming was a journalist before joining the British Naval Intelligence as the assistant to the Director, during the Second World War. He was privy to the lives of spies and their secrets and used this knowledge in writing the novels. He once said, “Bond was a compound of all the secret agents and commando types I met during the war.”

Fleming was looking for a plain boring name for his character. He was a bird watcher and had a book of American ornithologist James Bond. He thought that this name was just right. He later told the ornithologist’s wife “It struck me that this brief, unromantic, Anglo-Saxon and yet very masculine name was just what I needed, and so a second James Bond was born.”

Fleming was himself very handsome and a womanizer, like Bond. He wanted the fictional character to look a bit like himself and the American singer Hoagy Carmichael.

Ian Fleming was born in May 1908 into a wealthy family. He began his career as a journalist with Reuters and later joined a London banking firm. During this time, he lived a stylish life of collecting art, dinner parties, games of chance and a string of love affairs. When the Second World War broke, he was recruited into Naval Intelligence.

In 1952 he married his longtime lover Ann Charteris, who was previously Lady Rothermere, the wife of Lord Rothermere of the Daily Mail. Fleming became her third husband.

The next year in 1953, he wrote his first novel, Casino Royale. With this he introduced 007 to the world, a suave and sophisticated agent, who loves his drink, his women and has a license to kill.

The next year he published Live and Let Live. From then on a new James Bond novel appeared every year. The last in the series were short stories Octopussy and The Living Daylights.

In 1962 he suffered his first heart attack. While recovering he wrote the he wrote a short story about a flying car for his only son Caspar. The story of the magical car was Chitty Chitty Bang Bang, which also went on to become a famous movie. Ian Fleming died aged 56, on 12th August 1964 at Sandwich in Kent.