2012 was exciting when it came to books. We had some new authors and new publishers as well. It has given us hope for more interesting titles in the next year.

Woodpie picks out the three most awaited books of 2013.

The Oath of the Vayuputras by Amish Tripathi

The third in Amish Tripathi’s The Shiva Trilogy, the book is perhaps the most awaited by Indian readers. The book is expected to release in early March and is available for pre-order. Recently the cover was released by film maker Karan Johar at a press conference in Mumbai. 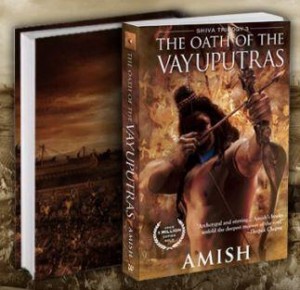 Summary: Shiva gathers his forces and reaches Panchavati, the Naga capital. Evil is finally revealed. Shiva prepares for war against this enemy. There is an onslaught of battles and many lives are lost. In his desperation, Shiva seeks help from those who have never helped him, the Vayuputras.

Paulo Coelho’s 22nd novel Manuscript found in Accra was released for the Latin speaking countries in 2012. The English version will hit the stands in April 2013. 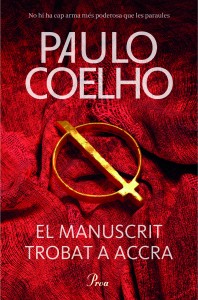 Summary: A novel of philosophical reflection set in Jerusalem during the time of the Crusades. Here is a community of Christians, Arabs, and Jews who have long lived together harmoniously have been warned of an imminent attack and certain destruction. Contemplating their demise, the community assembles to seek the wise counsel of a Greek Copt, who imparts comforting and guiding wisdom on the enduring attributes of human character. The novel unfolds as a sequence of parables on love, faith, sex, friendship, beauty, bravery, loyalty, and success.

The third book in the Clifton Chronicles is expected to release in May 2013. 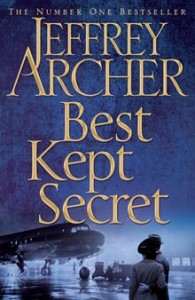 Summary: Best Kept Secret opens a moment after the end of The Sins of the Father, with the resolution of the trial and the triumphant marriage of Harry Clifton and Elizabeth Barrington, finally uniting their family. Harry, now a bestselling novelist, Emma, their son Sebastian, and orphaned Jessica make a new life for themselves, but all is not as happy and secure as it could be. Emma’s brother, Giles, is engaged to a woman who may be more interested in Barrington’s fortune and title than in a long and happy marriage. And Sebastian, though he is bright, isn’t quite the hard worker that his father was at school, and finds a hard time resisting the temptations that his somewhat unsavory friends provide.

It all comes to a head when a new villain is uncovered, a face from the past with grudges against both Harry and Giles—Fisher, who tortured Harry at school and later took credit for Giles’ heroics during the war. Fisher teams up with Giles’ now ex-wife to wreak havoc on Giles’ latest election as well as meddle with affairs inside Barringtons, while Harry and Emma must deal with a new scheme that Sebastian has unwittingly fallen into with a supposed friend. The drama continues for Harry Clifton and his family, bringing this mesmerizing saga into the 1960s.