An excerpt from ‘The Raj at War’ by Yasmin Khan

On the evening of 13 March 1940 Udham Singh, an itinerant radical and peddler living in London, shot dead a seventy-four-year-old man at Caxton Hall, in the heart of Westminister, a stone’s throw from Westminister Abbey and within minutes of the Houses of Parliament. The victim was Sir Michael O’Dwyer, who had been the Governor of Punjab at the time of the Amritsar massacre in 1919. He had been taking part in a discussion on the future of Afghanistan, The BBC broke the news on the nine o’clock bulletin.

The assassin was a rootless London resident, who had worked as a travelling salesman and film extra and was a passionately committed nationalist. He shot the retired governor twice in the chest with a revolver and the former Raj official died shortly afterwards. In the trial that followed, Singh declared loudly that he sought retribution for O’Dwyer’s role in imposing martial law and defending the perpetrators of the Amritsar killings at the end of the First World War, almost exactly twenty-one years earlier. When Scotland Yard released the files on his trial they revealed his reaction when the judge gave the verdict: he spat and swore ‘against the King and Emperor’ and declared that he wasn’t afraid of death and that when he had gone ‘thousands of [my] countrymen would drive you dirty dogs out of my country.’ 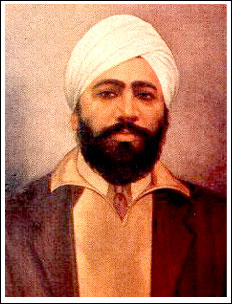 The Caxton Hall assasination was carried out at a time when Britain was intensely vulnerable. The assassination shrank the distance between Amritsar and London, collapsing time between 1919 and 1940. It brought back to the newspapers, and to the memories of many, the bloody scenes at Jallianwala Bagh, where hundreds of innocent men, women and children had died. The Caxton Hall murder reawakened those events thousands of miles away and many years ago in Punjab. Udham Singh’s case was gift for the Nazi propaganda machine and within hours of the news the British Nazi ‘Lord Haw-Haw’ was broadcasting on the subject from Berlin. The case was conducted in camera with a small group of spectators and the transcripts of the trial were kept closed until the mid-1990s. The jury found Udham Singh guilty of murder and he was sentenced to hang.

The Indian press and Indian politicians universally condemned the murder of O’Dwyer, and remained ambivalent about the death sentence passed in response. Nehru distanced the Congress from the killing, while Gandhi made his outright condemnation clear, calling it ‘an act of insanity’ and sending condolences to O’Dwyer’s family. The Bengal and Punjab Legislative Assemblies passed resolution condemning the murder, as did Congress Working Committee. But some members of the British public wrote letters pleading against the death penalty for Singh. Joyce Tarring wrote to the Secretary of State for India from a hotel in Cumberland to say that ‘it would be a great act of clemency which would touch the heart of India.’ Another woman from Hampstead was concerned that ‘there is real danger of this affair being misinterpreted in India.’ The scholar and champion of Indian rights Edward Thompson also urged the Secretary of State for India to show leniency.

Regardless, Udham Singh was hanged in Pentonville Prison at dawn on 31 July 1940, just as the Battle of Britain was underway over southern England and along the coastline, and clashes began above the English Channel which would intensify in ferocity over the coming weeks. He was buried in an unmarked grave in the grounds of Pentonville Prison, and his execution received scant mention in the newspapers and went mostly unnoticed around the empire. The story had been successfully relegated to the small-print columns inside the newpapers and Udham Singh was cast as a lumatic rather than as a committed, if unhinged, terrorist. The story soon fizzled out and was not given much more attention during wartime, although Sikhs, who particularly claimed Udham Singh as their own, circulated stories about his heroism and his bravado. The murder had been a warning shot across the bows of the British Empire, indicating the zealous strength of nationalist feeling, and the readiness of some to turn to violence instead of non-violence.

Excerpted from with permission from Penguin Random House.