Seven years ago a teenage girl, Aarushi Talwar, was found murdered in her bedroom in Noida, a middle-class suburb of Delhi. The body of the prime suspect—the family servant, Hemraj—was discovered a day later. Who had committed the double murders, and why? Within weeks, Aarushi’s parents, the Talwars, were accused; four years later, they went on trial and were convicted.

But did they do it? 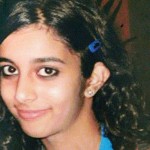 Among many discrepancies in the trial, journalist Avirook Sen, found the testimony of a key witness confusing. The author says that the simple math of four in the house, two dead, two alive (and therefore guilty) just doesn’t work when you look at the evidence. So the Narco anlaysis reports, Bharti Mandal’s interview to the author all suggest there were others in the flat that night, he says.

Woodpie brings you an excerpt from Avirook Sen’s book, ‘Aarushi,’ with permission from Penguin Random House. 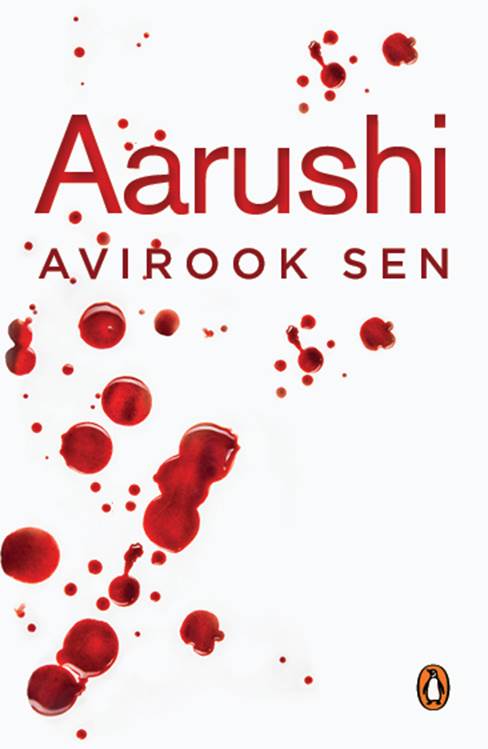 On 3 September 2012, Bharti Mandal turned up in court, as usual without warning to the defence. Her testimony was vital to the CBI and her importance was explained to me by the CBI inspector Arvind Jaitley. Jaitley was a tall man in his late thirties with an air of casual calm about him. He stood out among the prosecution’s team because of his sense of propriety. He was convinced about the Talwars’ guilt, but he didn’t see this as a reason to get nasty. At the tea stall outside the court, a lawyer was asking Jaitley about his belief in the parents’ guilt. Jaitley told us he didn’t want to get into the merits of the case.

But the CBI, he felt, had just one task to accomplish to win it: It had to convince the court that the Talwars’ flat was locked from the inside when Bharti Mandal rang the bell at 6 a.m.

Once the court was made to understand this, the prosecution was home. This was perfectly reasonable. If the door was found locked from the inside in the morning, it would stand to reason the murderer was still in the flat. The burden of explaining the murders would now shift to the Talwars. It would be up to them to tell the court the story behind every bloodstain, fingerprint, bottle of liquor, missing key, lost phone. The CBI didn’t have to prove anything, not even a motive or what the murder weapons were. Four in the house. Two are killed. Either or both the survivors were therefore responsible for the murders. It was like one of Agatha Christie’s closed-door mysteries.

This is why Bharti Mandal’s testimony had so much riding on it. It was she who had rung the doorbell that morning. It was she who was the first witness at the crime scene. It was she who could tell the court whether the Talwars’ door was locked from within.
~~~

She said that CBI personnel had simply picked her up and brought her to court. This was done in secrecy, through an access from the rear to avoid any chance encounters with the media. Dressed in a bright yellow sari, Bharti looked tentative. This was an ‘event’ in her life, but she wasn’t sure whether it was a good one or a bad one. She began her deposition. She had been on leave the previous day, but arrived at the flat at 6 a.m. on 16 May and rang the bell, she told the court. And then:

I touched the iron [outermost grill] door but it did not open . . . Then I pressed the bell again, whereupon aunty [Nupur Talwar] opened the wooden door and stood behind the [second] mesh door and started talking to me.

Aunty told me that you sit down, when Hemraj comes back he will open the door for you . . . I then told aunty you give me the keys I will open the door and come in . . . Aunty said all right you go down I will throw you the keys.

I went downstairs and from the balcony aunty told me that the door isn’t locked, it’s only bolted . . . But I told aunty that she better give me the keys, because if it is locked then I will have to come down again . . . Then aunty threw the long key [to the middle mesh door] from the balcony.

Thereafter, when I came up and put my hand on the outer [grill] door, it opened . . . Then I unbolted the mesh door.

  Nupur Talwar had left the innermost wooden door open, and Bharti entered the flat. ‘I felt some thief had entered the house and that is why Uncle and Aunty are crying,’ she testified. ‘Aunty threw her arms around me and started crying, when I asked her why are you crying so much, she said go inside and see what has happened . . .’

The CBI scenario emerged. The reason the outermost grill door wouldn’t open was that it was locked from the inside. ‘I touched the door but it would not open,’ Bharti had said. Nupur Talwar threw the keys down to her maid and, in the couple of minutes Bharti took to come back up, she used the door in Hemraj’s room, entered the passage, unlatched the outer door, and bolted the mesh door to make it appear someone had locked them in their house from the outside. She then walked back exactly the way she came.

When Bharti Mandal reached the flat again, she said, ‘I returned to the door and put my hand on it and it opened.’

Bharti’s testimony opened up the possibility that the outer door to the Talwars’ flat was indeed locked from within. The CBI was confident that this would be enough.

Except that there were a few problems. The biggest of these appeared at the very beginning of the court record from Bharti Mandal’s cross-examination: ‘Jo mujhe samjhaya gaya hai, wahi bayan main yahan de rahi hoon’ (Whatever was taught/explained to me, I’m saying here).

Bharti said this in the first minutes of her cross- examination, almost at the stroke of the lunch break. The rest of the examination would continue half an hour later. The stern-looking policewoman who chaperoned her to and from court whisked her away. Saini and company, beaming the day before, followed agitated.

When the hearing resumed, the defence objected to the witness leaving the court without permission before the cross-examination was completed. This was against court procedure. (All other witnesses in the case had remained in court during breaks. Mohapatra, the forensic scientist, for instance, had a fixed seat where he sat patiently through breaks.) In an application made right after the break, the defence alleged that the witness was taken away so that she could be schooled.

Judge Shyam Lal, usually so concerned about decorum and procedure—giggling policewomen, ringing cellphones and the like—ignored the application. And when Bharti returned to court, the proceedings took a surreal turn. Her statements to investigators were read out to her line by line. These were recorded in 2008, and were documents that the CBI had told the court it relied upon. Almost without exception, Bharti said she hadn’t told the CBI any of the facts attributed to her by the investigators of the time.

From her cross-examination, it appeared the CBI may never have interviewed her at all. That she was saying whatever she had to say for the first time, and only to the court. Including: ‘Jo mujhe samjhaya gaya hai, wahi bayan main yahan de rahi hoon.’