The Indian independence movement was marked with violence as well as non violence. When freedom was finally declared on 15 August 1947, the country stood divided. Celebrations were accompanied by bloodshed.
We wonder why there are not many historical fiction books written on this event.

The Devil’s Wind by Manohar Malgonkar 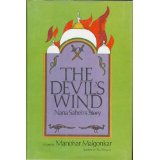 The Devil’s Wind is a historical novel by Manohar Malgonkar that tells the story of Nana Saheb, the heir of the last Peshwa of the Maratha Confederacy, who played a leading role in the Indian Mutiny. It provides a sympathetic portrait of a man whom the British portrayed as a great villain. The book is written as an autobiography in which Nana Saheb describes his life in his own words.

Train to Pakistan by Khushwant Singh 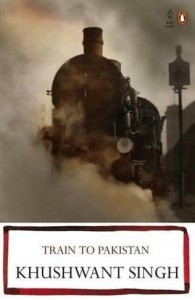 Train To Pakistan is a historical novel by Khushwant Singh, published in 1956. It recounts the Partition of India.
It is the summer of 1947. But Partition does not mean much to the Sikhs and Muslims of Mano Majra, a village on the border of India and Pakistan. Then, a local money-lender is murdered, and suspicion falls upon Juggut Singh, the village gangster who is in love with a Muslim girl. When a train arrives, carrying the bodies of dead Sikhs, the village is transformed into a battlefield, and neither the magistrate nor the police are able to stem the rising tide of violence. Amidst conflicting loyalties, it is left to Juggut Singh to redeem himself and reclaim peace for his village. 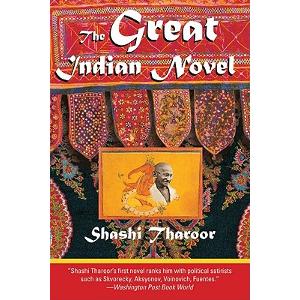 The Great Indian Novel is a satirical novel by Shashi Tharoor. It is a fictional work that takes the story of the Mahabharata, the epic of Hindu mythology, and recasts and resets it in the context of the Indian Independence Movement and the first three decades post-independence. Figures from Indian history are transformed into characters from mythology, and the mythical story of India is retold as a history of Indian independence and subsequent history, up through the 1980s. 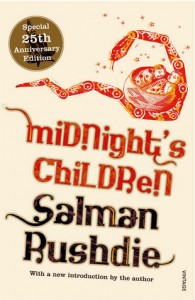 Midnight’s Children is a 1980 book by Salman Rushdie that deals with India’s transition from British colonialism to independence and the partition of British India.
The protagonist and narrator of the story is Saleem Sinai, born at the exact moment when India became an independent country. He was born with telepathic powers, as well as an enormous and constantly dripping nose with an extremely sensitive sense of smell.
He later discovers that all children born in India between 12 a.m. and 1 a.m. on August 15 are imbued with special powers. Saleem, using his telepathic powers, assembles a Midnight Children’s Conference, reflective of the issues India faced in its early statehood concerning the cultural, linguistic, religious, and political differences faced by a vastly diverse nation. Saleem acts as a telepathic conduit, bringing hundreds of geographically disparate children into contact while also attempting to discover the meaning of their gifts. In particular, those children born closest to the stroke of midnight wield more powerful gifts than the others. Shiva “of the Knees”, Saleem’s nemesis, and Parvati, called “Parvati-the-witch,” are two of these children with notable gifts and roles in Saleem’s story.