If there is someone who took the small Indian town to the world, it is R K Narayan. Who is not charmed by Malgudi, the fictional town he created with common Indians as characters. His stories set in Malgudi were immortalized in the TV series, “Malgudi Days.” Among his many novels, the most popular one is perhaps, “The Guide,” which was made into a movie by Dev Anand with the same name. Though he was nominated for the Nobel Prize in Literature many times, he didn’t win it. His books continue to be read and love. 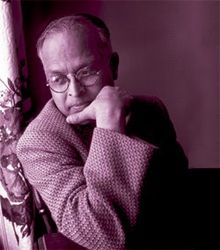 The acclaimed writer lived in Mysore for many years and it’s this city that inspired him to create Malgudi, where most of his writings are set. Last year, his house in Mysore was being demolished by a builder to construct an apartment complex. But the Karnataka government intervened and stopped the demolition. Now, the government plans to convert the house into a museum dedicated to the writer.

Converting the house in which R K Narayan wrote into a memorial seems like a fabulous idea. But, things seem to have hit a rough patch. Kannada writers are objecting to it, saying that Narayan wrote in English and not in Kannada. Well, this sounds ridiculous.

Literature is supposed to bring people together, and we shouldn’t forget that R K Narayan took India to the international readers. But here writers are themselves creating divisions on the basis of language. Surprisingly, politicians are vying to convert Narayan’s house into a heritage site, while Kannada writers are trying to stall the project.

Isn’t it shameful? Do tell us what you think about it?