Ramayana has been India’s favourite story. The epic has been retold many times over the centuries, but it never fails to captivate the reader or listener. The latest retelling comes from Amish, who calls it the Ramchandra Series. The first book in the series The Scion of Ikshvaku, was released last week. Reviewers have critcised Amish for taking liberties with the plot and changing the story from what we have grown up listening to. But with his fans, the book is a hit.

We recommend five more retellings of the Ramayana, which you must read if you enjoy the story of Rama. 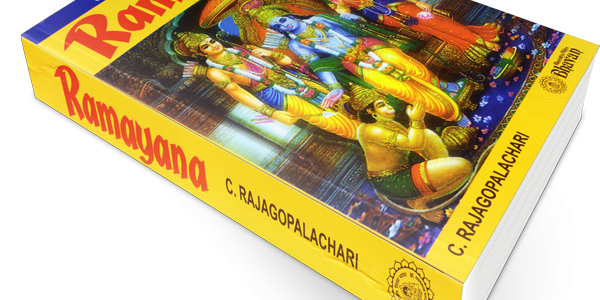 If you are reading the Ramayana for the first time, then is the book that you should read. It does not deviate from Valmiki’s Ramayana and tells the story without any new additions of imagination. Written by the statesman and last Governor General of India, C Rajagopalachari, in 1951 the book has run into 42 impressions. Isn’t it impressive? 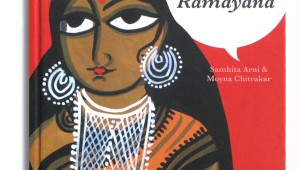 This beautifully produced book, offers Ramayana in the graphic novel style, with illustrations by traditional patua folk artist Moyna Chitrakar. Samhita Arni tells the story through Sita’s perspective, who is imprisoned in Ashoka Vana. She learns of the war through Trijatha, Vibhishana’s daughter who describes the war to her. This book was on The New York Times Bestseller list for two weeks in 2011. 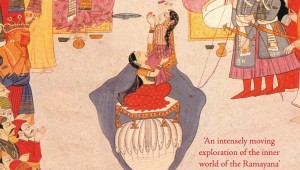 The book starts from where the Ramayana ends for most of us. Affected by the gossip about Sita’s chastity, Rama sends Sita away to Valmiki’s ashram. A heavily pregnant Sita feels betrayed by both Rama and Lakshmana who rode her to the ashram. Through her remembrances of the time she was imprisoned by Ravana, we see Sita as a strong woman.

4. Sita: An Illustrated Retelling of the Ramayana, by Devdutt Pattanaik: 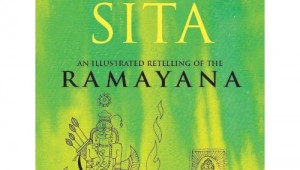 Written by the popular Devdutt Pattanaik, this book too attempts to retell the Ramayana through Sita’s eyes. Here the story begins from the time Sita is a child. While Pattanaik empasises on Sita being a goddess, he also shows the ordinariness of a woman in her- like the time she spends with her sisters and when she exchanges recipes.

5. The Ramayana Series, by Ashok Banker:

This is another retelling where the author has taken liberties with the story and changed it. Here you have Ravana interrupting Sita’s swayamvara, rakshashas lay seige to Mithila and Manthara is Ravana’s disciple. Sita is a warrior like Ram and fights Ravana in an attempt to free herself. This series will make you wonder is Amish took inspiraton from Banker’s retelling of the Ramayana.

Share your book recommendations with your friends at Woodpie.