It is not always that you get a peek into the bad world of Bollywood from an insider. When Bollywood baddie Amjad Khan’s son Shadaab writes a thriller called Murder in Bollywood, you wonder if a true account lurks in it.

Find out in this interview with Shadaab Amjad Khan for Woodpie.

You have been an actor and scriptwriter. Why did you decide on turning into an author?
It was because I wasn’t getting the kind of work I wanted in Bollywood, so instead of doing bad work, or waiting endlessly for good work to come my way, I decided to back myself and venture into something new. But, I am still open to acting if a good role comes along, provided I can strike a balance between writing and acting.

Is ‘Murder in Bollywood’ inspired by any real life event?
No, it is purely a work of fiction, but the germ of this idea came from a murder which happened in Hollywood in the 1940’s , which came to be known as the Black Dahlia murder

Are any characters in the novel inspired by real people in the film industry? If yes, may we know who?
All the characters are fictitious and any resemblance to people living or dead is purely co incidental.:)

Do you have any plans of turning this book into a film?
Not me, but if the book does well and some production house wishes to buy the rights and turn it into a film, I will be open to the idea.

If ever the book is turns into a movie, who would be your choice to play Inspector Hoshiyar Khan?
I think, both Shahrukh and Aamir are well suited for the role. Other than them, even Saif would make a good Hoshiyar Khan.

What were the challenges you faced while writing the novel?
No challenges as such, as I had done my research, hence the story and all the characters fell in place rather nicely. In fact, I finished writing the book in 4 months flat.

Do you plan to write any more thrillers featuring Inspector Hoshiyar Khan? If yes, where will the next crime be set in?
Yes, definitely there will be more Hoshiyar Khan mysteries to follow and just like this one they can be set in Mumbai, or if the plot demands, elsewhere as well.

We grew up listenting to the dialogue from Sholay, “..soja nahi to Gabbar Singh aa jaayega.” But you shared the same roof with Gabbar Singh. How was it growing up with the legendary Amjad Khan, who immortalised Gabbar, as your father?
We didn’t think anything of it while growing up, because the atmosphere at home was very normal which didn’t compromise our upbringing in any way.

Which book has left a lasting impression on you?
Stephen King’s The Shining. It’s scary, creepy and really well written.

Recommend three books to your readers.
Since I am a mystery buff, I would recommend any novel of Agatha Christie featuring Hercule Poirot, for eg – The mysterious affair at Styles, Lord Edgware dies, Evil under the sun.
But if you want to read a super confusing mind bender, try Raymond Chandler’s The big sleep.

Some pictures from the launch of Shadaab Khan’s book Murder in Bollywood. Actor Amitabh Bachchan released the book in Mumbai: 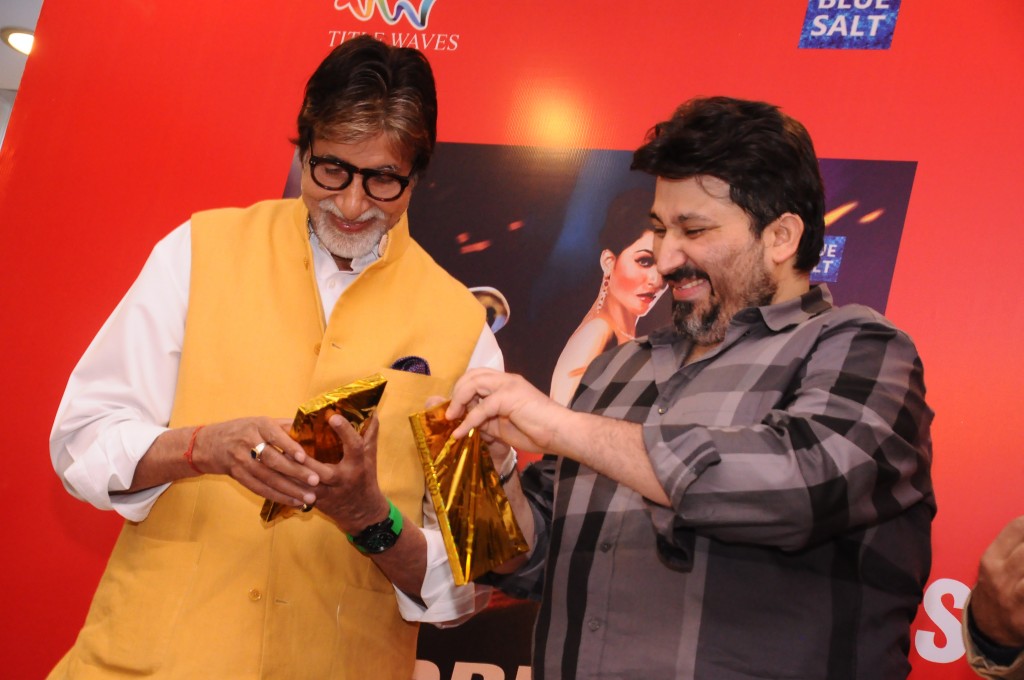 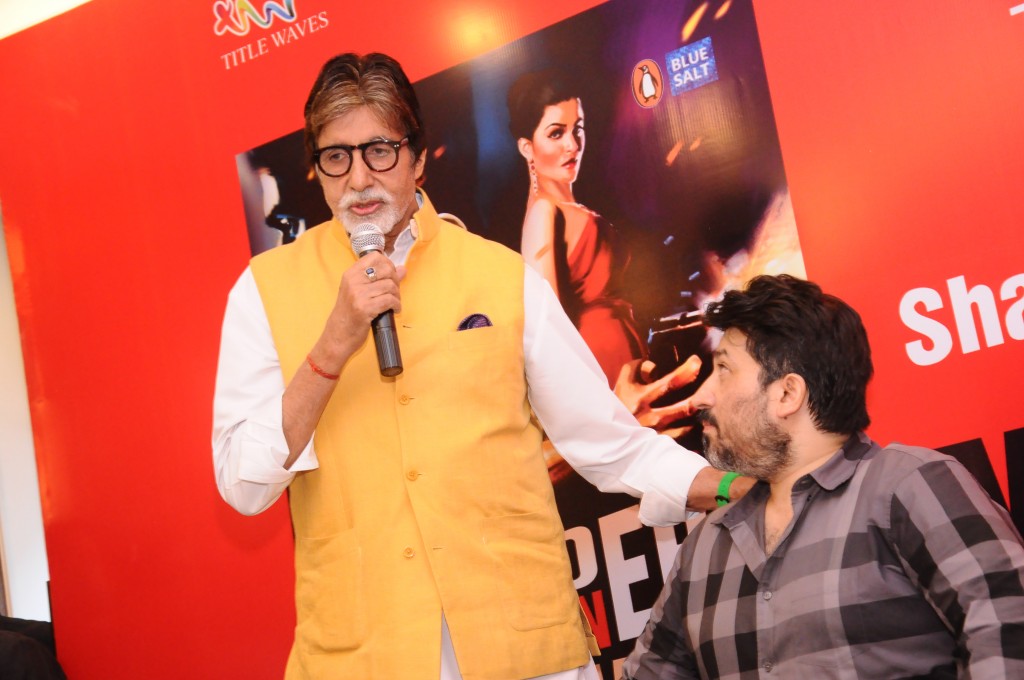 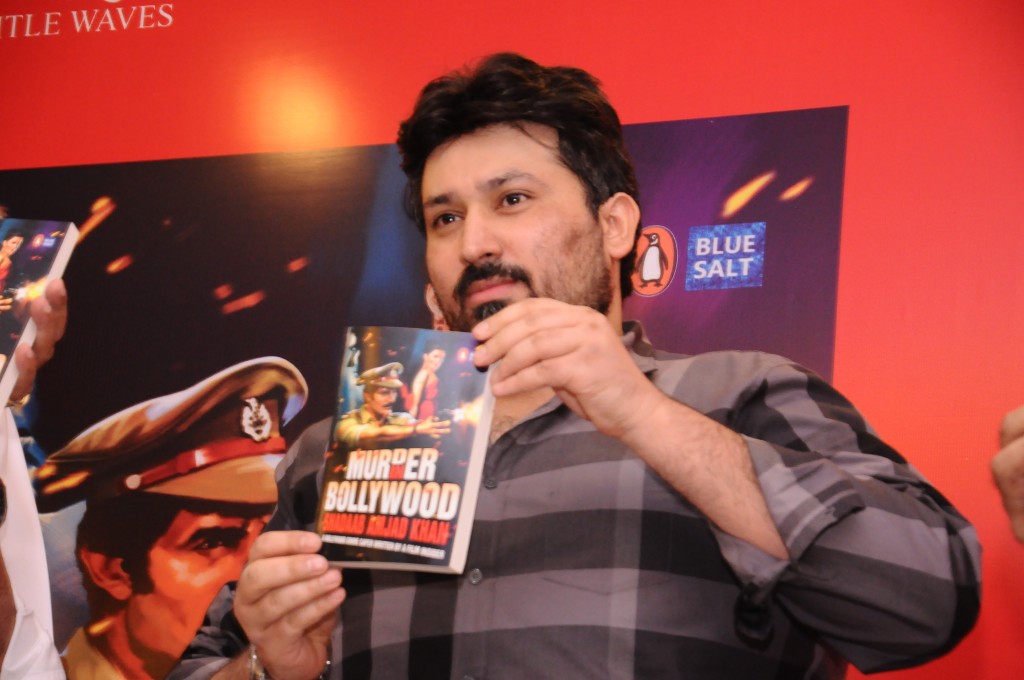 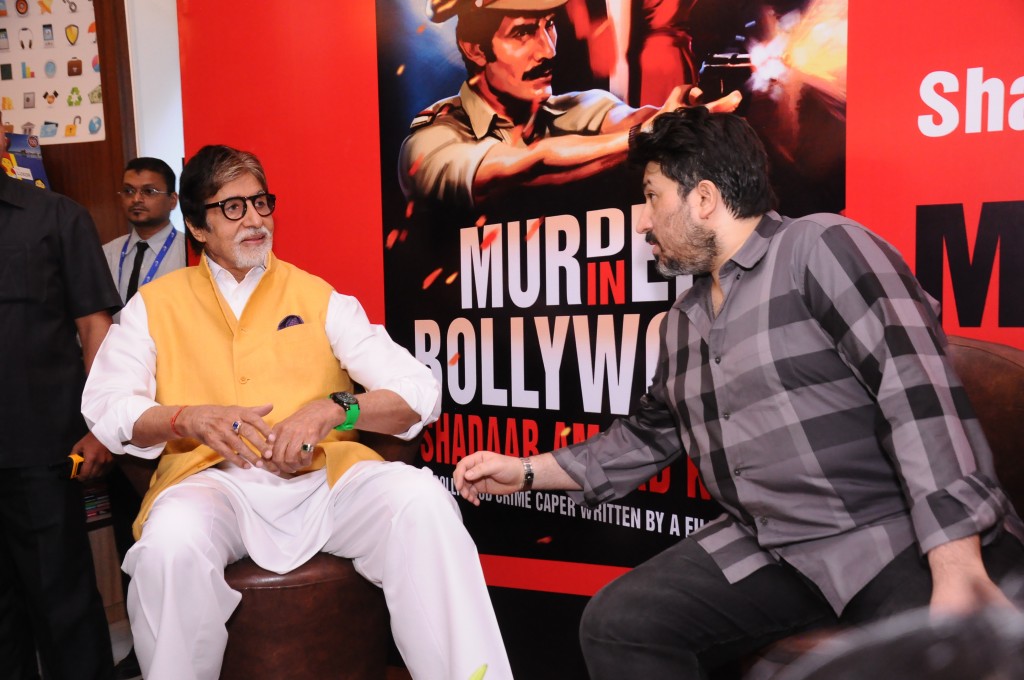 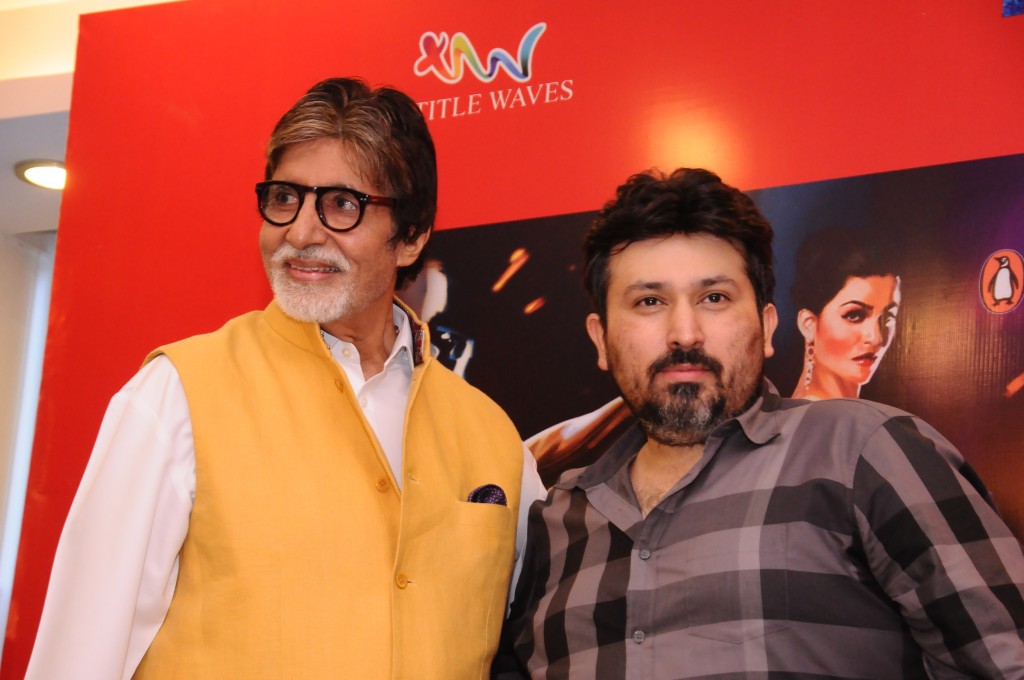 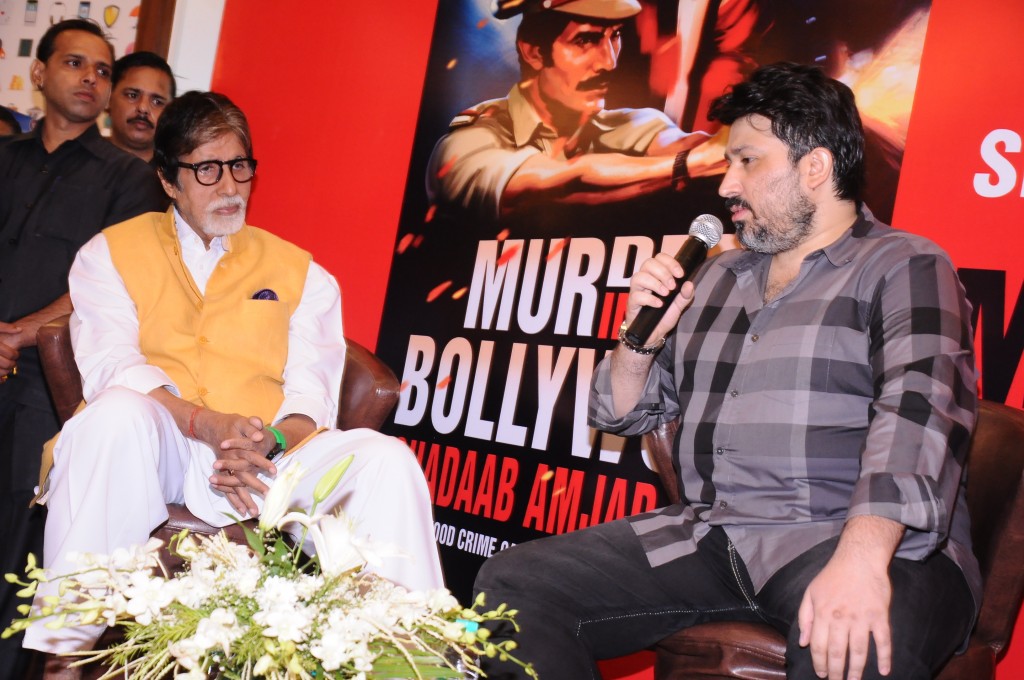 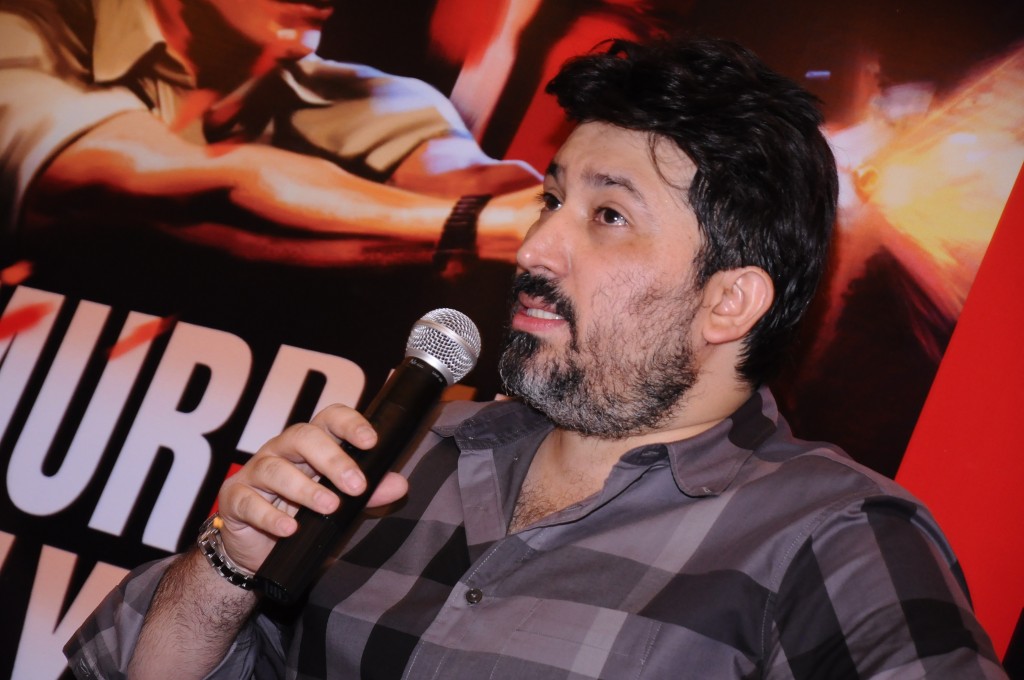 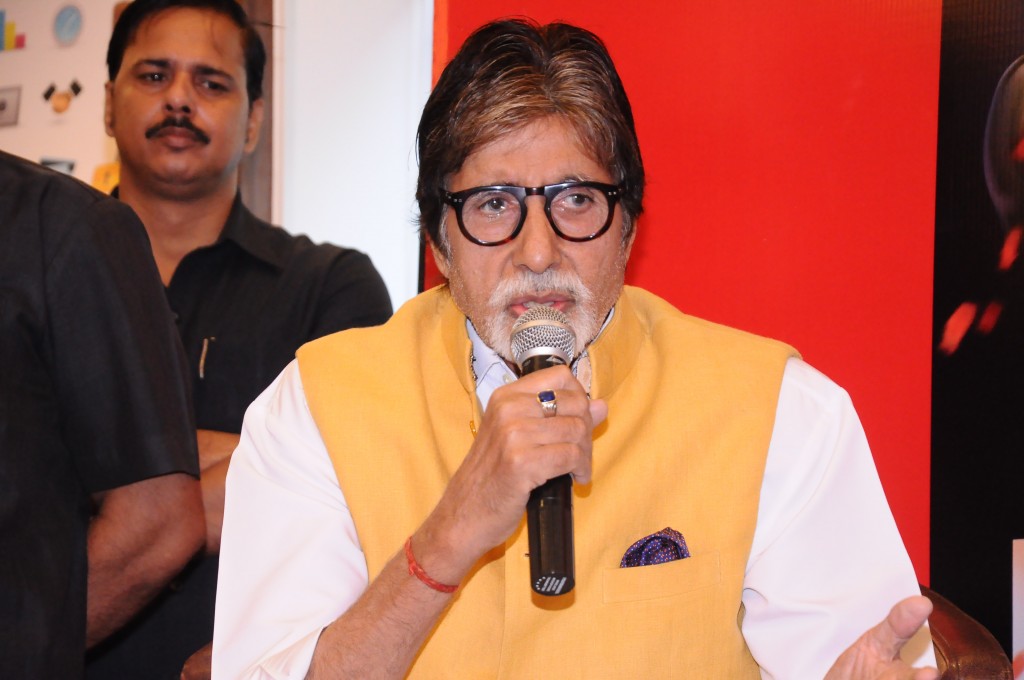 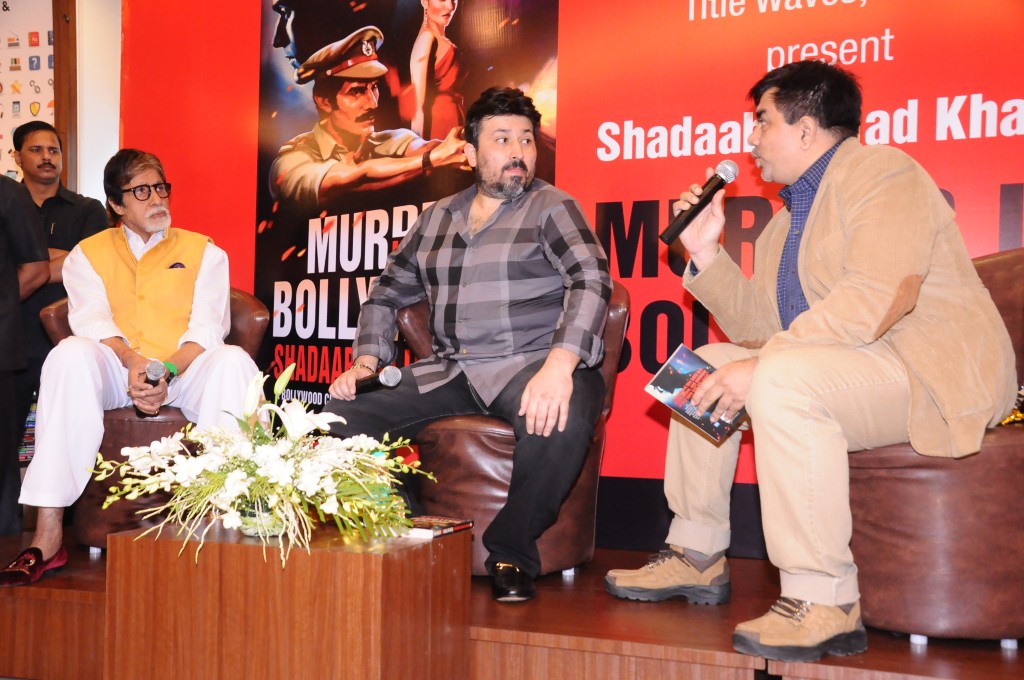 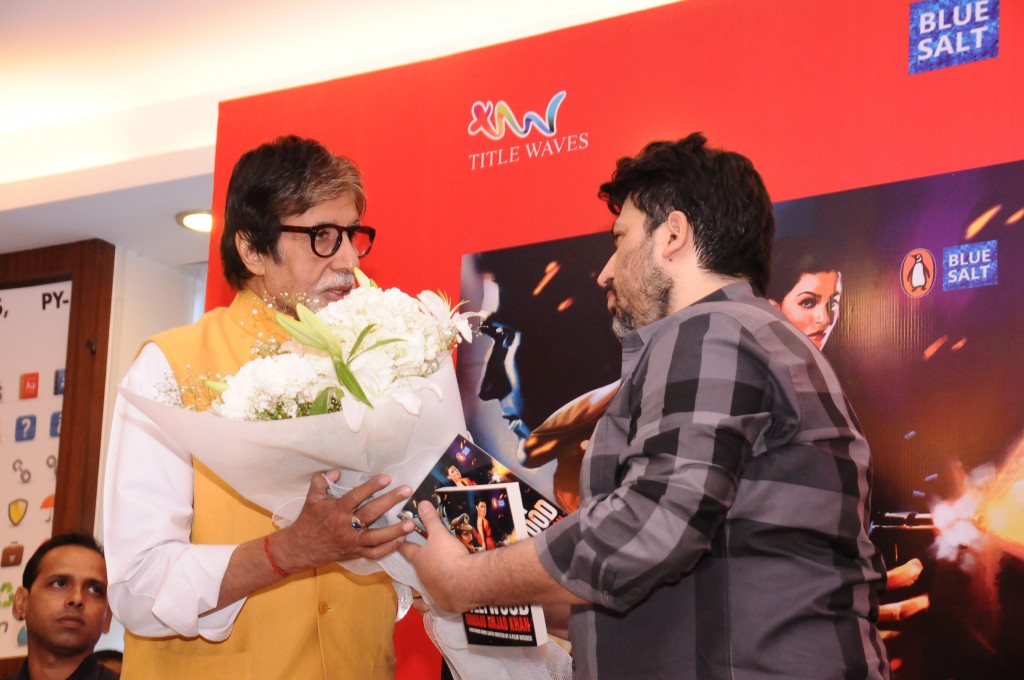 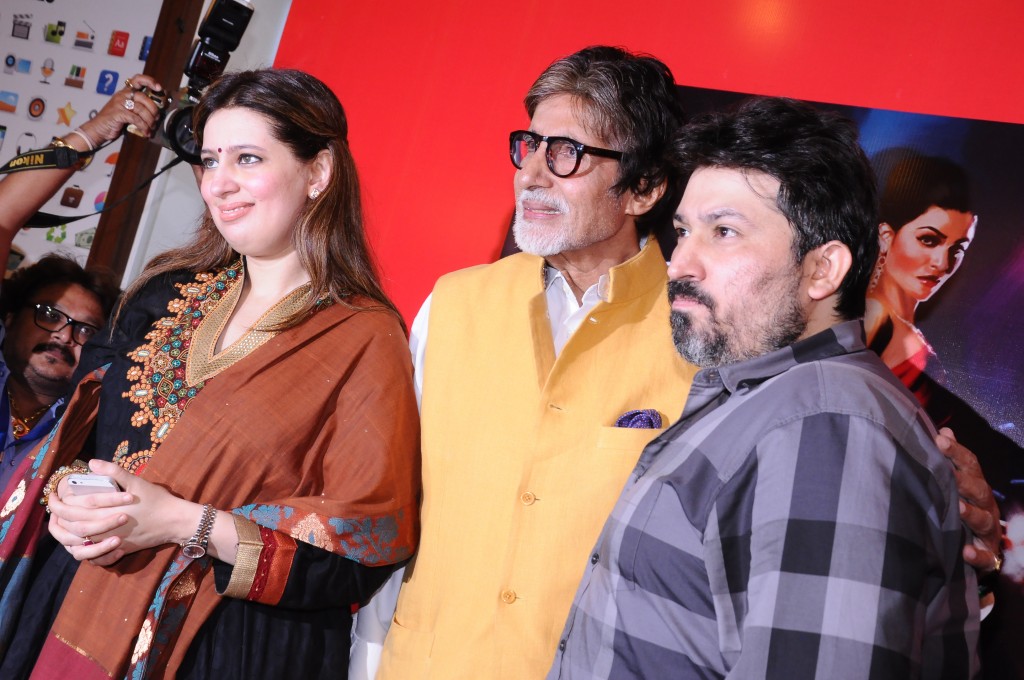 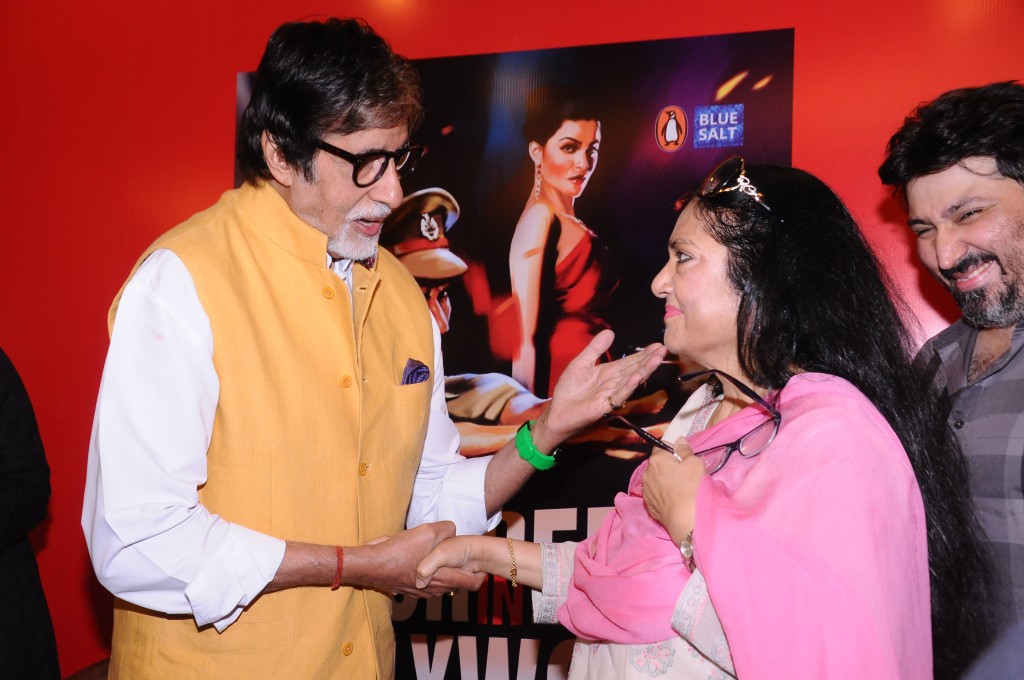 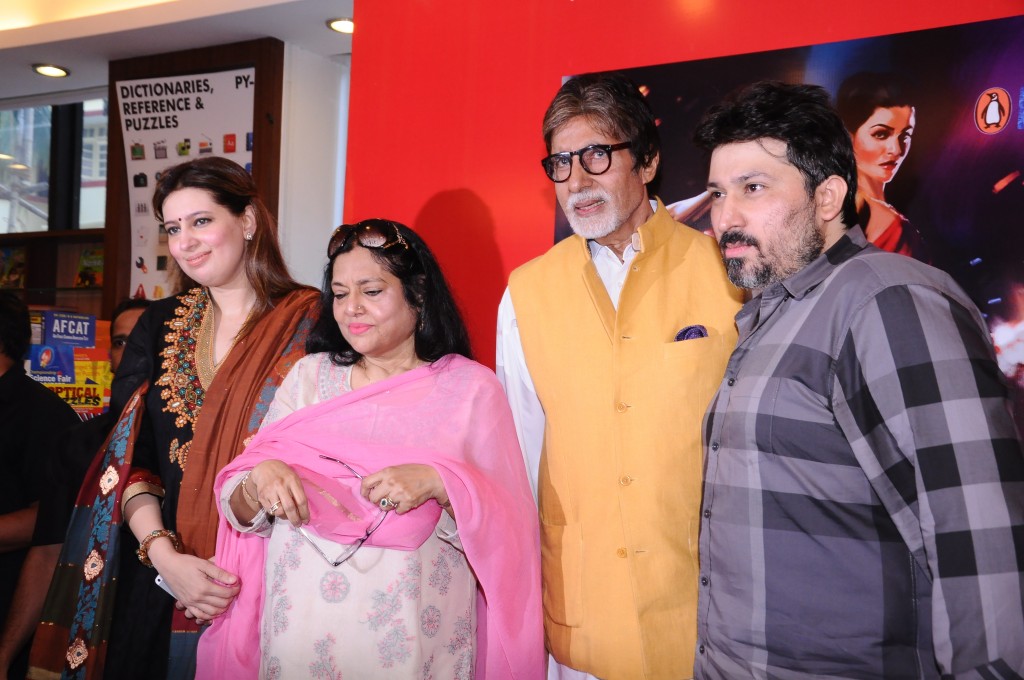