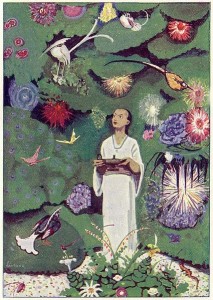 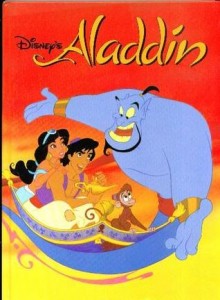 First there was ‘Alif Laila,’ on Doordarshan and then Disney brought out an animated film on Aladdin. Perhaps, now what we remember is only the Disney version; with Aladdin, a genie, a monkey, a magic carpet and beautiful princess Jasmine, with big black eyes.

What we have been seeing is the distorted version of the original folk tale. Here are a few truths about the story:

* Aladdin is Chinese. Yes. He is not an Arab like in the movie.

* In the original story there are two genies and not just one. A magician sends Aladdin into a cave to get the chimney with the genie. But Aladdin gets trapped in the cave and cries. He remembers that he has a ring given to him by the magician and rubs it from which a genie comes out. This genie can grant just one wish. Aladdin asks him to take him home to his mother in China. He returns home with the chimney. His mother plans to sell the chimney and so polishes it. This is when the second genie comes out. This genie can fulfill endless wishes.

* There is no magic carpet in the original. Similarly there is no monkey as well.

* The name of the Princess whom Aladdin marries is not Jasmine. Instead her name is Badr-al-Budur, who is the daughter of the Chinese emperor.

* The Princess is a divorcee. Aladdin first sees the princess in the street. He is struck by her beauty and approaches the king to marry her. But the princess is engaged to the son of the royal vizier. The king says that he would let Aladdin marry his daughter if he and his mother can present the king with fine jewels. He says that he would have to wait for three months, since it is only fair to give the vizier’s son a fair chance to better his dowry. However, the king doesn’t keep his promise and gets his daughter married off to the vizier’s son. Every night, Aladdin gets the couple to his room with the help of the genie and makes the groom frozen, so that the marriage does not consummate. While this is happening, Aladdin lies on the bed with the princess with a sword between them. Finally, the marriage of the princess with the vizier’s son gets dissolved and Aladdin marries her.

From here on, there are several differences between the original story and Disney’s story. Anyway, we can quickly summarise the original story for you, assuming that you already know the Disney version, where Aladdin marries the princess in the end to live a happily ever after.

In the original while Aladdin is fighting wars for his father-in-law the emperor, the magician who has sent Aladdin to the cave in the beginning of the story is back. He approaches the princess as a man exchanging old lamps for new ones. We could say that he disguised himself as a kabadiwala. The foolish princess trades her husband’s old lamp for a new one. The magician then orders the genie to take the palace along with the princess to Maghreb, which could be present North West Africa.
Angry, the Emperor orders that Aladdin be beheaded, but the people plead for his life. The emperor grants Aladdin forty days to bring back his daughter, or else lose his head. Without knowing what to do, Aladdin kneels down in prayer and accidently rubs his ring, from which the first genie appears. But this genie cannot undo the magic of the chimney genie. However, he takes Aladdin to the palace in Africa.
There, the magician has been telling the princess that Aladdin is beheaded and she should marry him instead. When Aladdin reaches there, the princess tells him everything. Aladdin asks her to cozy up with the magician and add some sleeping potion into his drink. The princess does as told. While the magician is sleeping, Aladdin cuts off his head.

The couple then returns with the palace to China. But, there is no happily-ever-after still. If it were a Hindi movie, Aladdin would say, “Picture abhi baaki hai.”
The magician has a brother who comes seeking revenge. The brother disguises as a local holy woman and tells the princess that she should hang a roc’s head in the palace to bring in prosperity. When the genie hears it, he grows angry, for rocs, which are holy Persian birds, are also the mistresses of genies. Offended the genie leaves Aladdin. Before leaving he reveals the true identity of the holy woman.

Aladdin goes to the holy woman saying that he has a head ache. When the holy woman tries to stab him, he stabs her; thus killing the magician’s brother. Finally, Aladdin becomes the Emperor and the couple lives happily ever after.

The doubt that most of us have is that Aladdin sounds Islamic and so how could he be Chinese? Perhaps, we could understand it, if we know how the book One Thousand and One Nights came about. The book is actually a compilation of folk tales from Middle East and South Asia. Over the centuries, the stories have undergone several changes. The original collection of tales did not have the story of Aladdin, or the story of Ali Baba and Forty Thieves. The old Arabic manuscripts do not have these two stories. These two stories were added into the collection by French translator Antoine Gallard in the 17th Century. He heard the stories from a Syrian storyteller Aleppo. Some believe that the Islamic China in the story could be Turkestan, which is in China and now called Xinjiang province.

Perhaps, we should also excuse Disney for some changes. Since the movie was aimed at children, they couldn’t certainly show certain parts of the original; like the princess and her first husband in the bed room, Aladdin killing the sleeping magician and his brother.

Well, whatever is the origin the story, or the plot, the characters always enthrall us.