There has been an influx of book on Indian mythology in English. Rama, Krishna, Shiva, Vishnu; all Gods have been written about these days. These books have also gone on to become bestsellers. The credit for bringing this new genre and making mythology interesting goes to Ashok Banker. It was only after his success that more books on mythological fiction were published 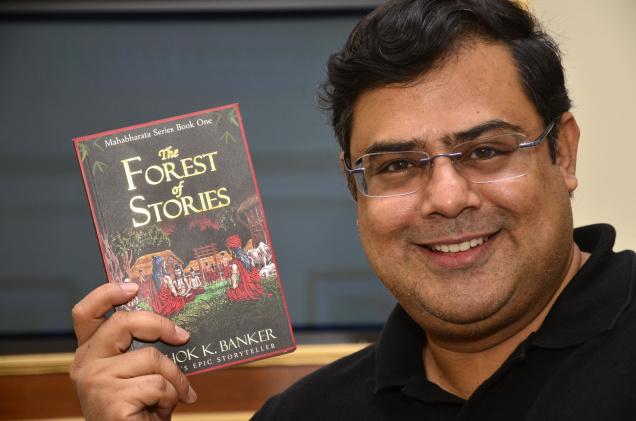 He first wrote the Devi series which are short stories on the avatars of the Hindu Goddess. He next wrote Ramayana series, which is an imaginative retelling of Valmiki’s epic. It was an instant hit and climbed the top selling charts. It was only after this that publishers took an interest in retelling mythologies. Westland publishers brought out Amish Tripathi’s The Shiva Trilogy and Ashwin Sanghi’s The Krishna Key.

Interestingly, the man who revived Hindu mythology in Indian writing has no religion. Ashok Banker was born to an Anglo-Indian Christian mother and a Gujarati Hindu father. But his parents separated before Ashok was born. He was brought up by his mother. She wanted him to choose his own religion when he grew up. But this was not easy.

In school applications, under the category of religion/caste his mother used to write “Indian.” The problem didn’t end at that. He was teased and humiliated at school by his classmates. He was even beaten up. His teachers also penalized him not stating a religion.

All this only drove him further away from religion. When he grew up, he chose not to belong to any religion. He said that he simply wanted to stay human.

Besides writing mythological fiction, he has also written crime thrillers, science fiction and horror. He has also retold the stories of Krishna and Mahabharata. The Ramayana series with eight books has come to an end with the publication of Sons of Sita, this month. His other popular books are Prince of Ayodhya, Slayer of Kamsa and The Forest of Stories.